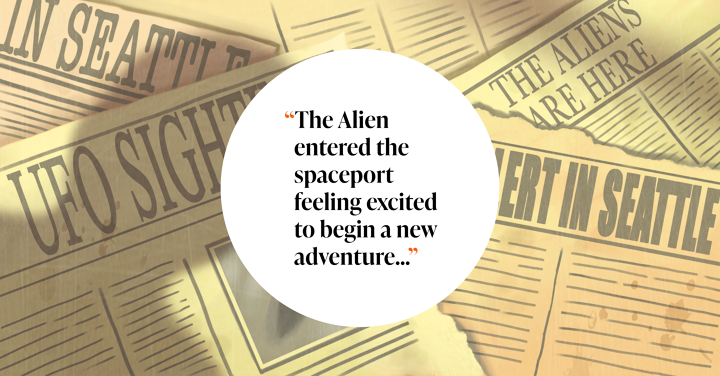 Hello my name is Edwärd the alien, nice to meet you! I’m from the planet Exogön and I’m going on holiday to the planet Earth. Here is my story!

It’s never easy deciding what to pack for a trip away, especially when you are not quite sure what to expect. Edwärd the alien had grown bored of his life on the planet Exogïn and decided he needed a change of environment. “It seems the weather is quite unpredictable on planet Earth which would make a nice change to the endless days of sunshine and rainbow storms on my home planet” said Edwärd. Rainbow storms occur every day around noon when the multi-coloured rain droplets pour down for several hours. The Earth holiday brochure says it is best to pack one of everything so you don’t get caught out by the unpredictable weather. Edwärd was quite surprised when he discovered the very large variety of human clothing. On planet Exogïn clothing is very basic, every alien has a full body space suit and they only change the colour depending on the occasion. They wear pink for celebrations, blue for work and green when they are enjoying some time off. He got his suitcase and began packing. “One t-shirt, one sock, one jacket, one skirt, one apron, one bikini… the alien suitcase continued to change shape and get bigger until it was the size of a large wardrobe. Edwärd the Alien was very happy with his packing so far and decided to move on to other things.

Edwärd the alien continued reading the travel brochure and found out some more very interesting information. The planet Earth is located not far from a star locally known as ‘the sun’ around 200 million kilometres away for the planet Exogïn. Due to the planets proximity to the sun, it can cause the skin to burn and if you are not careful you can catch on fire. It is a well-known fact that you must protect yourself from burning using a magic substance called ‘sunscreen’. Edwärd was extremely worried about this so he ordered one hundred bottles of sunscreen to protect himself. He had lovely blue skin and it was definitely worth protecting himself from the sun. Edwärd the alien began packing the sunscreen. “One bottle two bottles, three… hmmm, it seems I’m running out of space.” His suitcase was beginning to break down… “even alien suitcases get full!” Suddenly Edwärd had a great idea! He began squeezing each and every bottle of sunscreen until he filled up an entire bath. He then got into the bath and sat their for several hours. He finally decided that his body had absorbed enough sunscreen to protect himself for the full duration of the trip. He got out of the bath and looked in the mirror, to his disbelief the sunscreen had caused his skin to react and change colour. The alien had turned from blue to green.

ACTIVITY – Imagine you are going on holiday and you can only pack 10 things. Think carefully and choose the 10 things you would like to take with you. Compare your list with a partner and explain why you made your choices.

Most airlines on planet Earth now have connections with other planets making space travel easy and affordable. The ‘spaceports’ on the planet Exogïn replicate the experience of human air travel. The aliens usually use teleportation to make long journeys, but they can also choose to have the real human experience of travelling by plane across space.  It’s recommended to arrive at the spaceport two hours before your flight so you have time to check-in your luggage and go through security. Having finally packed his suitcase Edwärd the alien entered the spaceport feeling excited to have his first human experience. He arrived at the check-in desk where his suitcase was weighed and he was informed that it was three kilograms too heavy. The lady at the check-in desk told the alien that this was something that often happened in human air travel and he would have to pay an extra fee. The alien wasn’t very happy about this and that’s when the alien came up with a solution. He used one of his long pointy fingers to unscrew the wheels and the handle of his suitcase and placed them in has backpack. “Would you mind weighing my suitcase again?” asked Edwärd. “Now the suitcase weighs exactly the right amount!” Edwärd the alien was now ready to take off!

When you book a flight you are usually asked to choose a seat on the plane, but Edwärd the alien had forgotten to do this, he didn’t usually need a seat for travelling. Having not chosen his seat, the alien was very disappointed to find he had the middle seat, because he wanted to enjoy the views of the planets from outer space by sitting next to the window. He also felt very squashed between two other aliens and the problem wasn’t helped by the lack of leg room. Edwärd had an idea, he told the alien gentleman next to him about another special seat where he could enjoy the journey in privacy. The alien gentleman next to the window liked this idea and was directed to the toilet at the end of the plane where he spent the entire journey of the the flight. Edwärd the alien was able to change seats and sit by the window. He then used his teleportation device to transport the seat in front of him to the planet Earth, so he could have plenty of leg room. Another alien woman came along looking very confused as her seat had disappeared. You can sit in the middle seat next to me!” Said Edwärd.

ACTIVITY – Have you ever had a problem at the airport. What happened and what did you do?

The most popular tour for any tourist coming from another planet is the ‘Seven Wonders Tour’. On this tour you are able to visit a different wonder of the planet Earth on each day of the week. The tour starts in Rome where you can visit the Colosseum. Edwärd the alien was astonished by the size and presence of the structure and was extremely disappointed to discover he had missed the opportunity to go inside the Colosseum because it was so late in the evening. Luckily Edwärd had seen the movie ‘Gladiator’ and he had remembered to pack the appropriate clothing in his suitcase. Aliens on the planet Exogïn are huge fans of Earth movies, although they always watch them backwards so they can find out the ending first! He dressed up as gladiator and knocked on the door of the colosseum. “They will surely let me in when they see I am a real gladiator!”. The door opened and a small group of humans started taking pictures of him and asking questions about Roman history. Edwärd the alien took the group on a tour around the colosseum and luckily he was wearing his Siri earphones so he could easily find out all of the tour information and answer any questions.

On the next five days of the tour Edwärd the alien visited Petra, he was surprised to see a rock made out of house, or was it a house made out of a rock?. He visited Machu Pichu where he gave a donkey a ride up the mountain. He saw the Christ Redeemer statue, he wanted a real-size replica souvenir, he couldn’t find one. He visited the Taj Mahal and fell in love. He decided it wan’t a nice experience for an alien. He then visited Chichen Itza, which was very similar to the architecture on planet Exogïn.

On the last day of the tour Edwärd the alien visited the Great Wall of China. The Great Wall of China is more than 21,000 kilometres long, so it is very difficult to see all of it in one day. The tour guide instead recommended seeing a small section of the wall where they would explain its history and he would be able to take some pictures. Edwärd wasn’t very happy about this and he insisted he saw the entire Great Wall of China. “I have travelled a long way to see this and I want to see it all!” The alien had an idea, he decided to book a helicopter ride. As the the helicopter began to gain altitude the alien started to feel unwell and vomit exploded out of his giant ears. “I feel sick!” Said Edwärd. He suddenly realised he was scared of heights and he couldn’t look out of the window of the helicopter. He asked the pilot if he could use his binoculars. When the alien looked out of the window using the binoculars the ground appeared to be much closer. The alien felt much better because he could see that the ground wasn’t far away though the binoculars. He enjoyed the rest of his journey along the great wall of China.

ACTIVITY – Write an email to a friend from another planet. Give your alien friend recommendations of what to see and do on Earth.

All you can eat!

Aliens only eat once a month, but when they eat, they really eat! A typical alien diet is made up of extraterrestrial insects and seaweed. On his last day on Earth the alien booked a table in an international ‘all you can eat’ restaurant. This restaurant is particularly popular with extraterrestrial guests as they are able to taste foods from every cuisine Earth has to offer. There were so many options to choose from and Edwärd the alien found this very confusing. Edwärd asked the chef if he could make some special combination dishes that combine the many different types of food from around the world. His personal favourite was the hamburger with a pizza base, stuffed with chicken noodles and seafood paella. “This is absolutely delicious!” Said Edwärd. He ate ten of them and the chef decided to name the dish ‘the alien’ to honour his guest.

Unfortunately, Edwärd the alien ate so much that the restaurant had no food left and they had to close. The alien saw that the chef was very sad because she didn’t have a job any more and then the alien had an idea. “You can come to my planet and open an ‘Earth restaurant’ there!” The chef was now very happy! “It has always been my dream to open a restaurant on another planet” she said. The chef, her staff and the restaurant were all a great success and Edwärd was extremely happy that he could eat his favourite dish of hamburger pizza stuffed with chicken noodles and seafood paella whenever he wanted.

ACTIVITY – Invent a recipe, choose several typical ingredients from your country and try and invent a new dish! 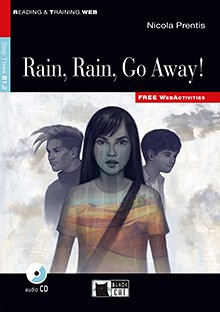 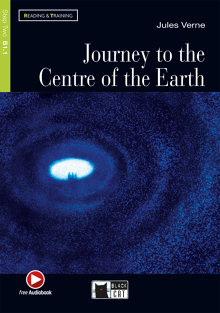 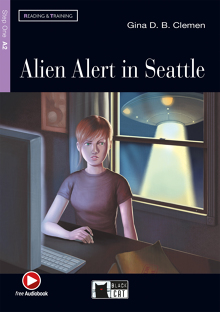 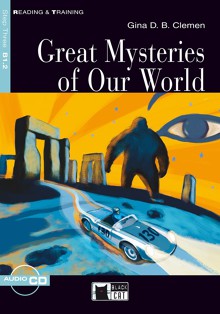 Great Mysteries of Our World