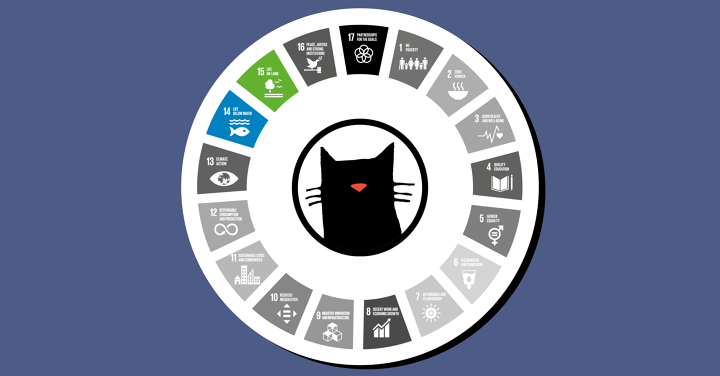 Agenda 2030: the goal of saving the planet

Climate change is threatening the planet, as is the excessive use of plastic, which pollutes waters and land. There is increasing talk of sustainable development and of “green” technologies and lifestyles that protect the environment and guarantee well-being for the future.

The member states of the United Nations have promoted 17 sustainable development goals to be achieved by 2030 (the so-called 2030 Agenda), and among these, those relating to the environment are numerous and invite respect and proactive actions that affect all of us, without exception. so as to make us aware that even a single small gesture made every day can save the environment. Here are some of them:

It seems to be a subject of interest to science, biology and the economic and environmental policy of nations and very little to do with reading, doesn’t it?

Nothing could be further from the truth!

ACTIVITY: Which of the objectives seems the most urgent to you? Choose one or more and write down an an event you would organise to achieve it.

The natural agenda of literature

Since ancient times, words have celebrated nature and its manifestations, from the power of the elements to the observation of animals. Through poems, writings, diaries and quotations, individuals (not only poets and writers) have tried to convey the emotions linked to the natural landscape.

In the Romantic period, poetry focused particularly on nature and described and interpreted it in texts that seemed almost three-dimensional in their ability to bring it to life.

The English poet William Blake wrote in 1794 in his poem The Tyger:

In the forests of the night,

What immortal hand or eye

Could frame thy fearful symmetry?

You almost seem to ‘see’ the tiger, to feel its animal strength, to sense its energy.
And let’s read what the writer Robert Louis Stevenson says when describing a forest:

It is not so much for its beauty that the forest makes a claim upon men’s hearts, as for that subtle something, that quality of air that emanation from old trees, that so wonderfully changes and renews a weary spirit.

The American philosopher Ralph Waldo Emerson, who lived in the 19th century, was able to explain the passing of the seasons in a few words by simply observing nature:

To the attentive eye, each moment of the year has its own beauty, and in the same field, it beholds, every hour, a picture which was never seen before, and which shall never be seen again.

Animals, forests, seasons – it is difficult to draw a real boundary between what we consider to be the environment and natural life. They probably evoke a range of emotions in each of us, which may be difficult to express or fully understand due to their complexity. And it is precisely here that literature comes to our aid, as it offers us a myriad of glimpses that describe unknown places, encounters with animals, observations of natural events, in a sort of kaleidoscope that allows us to be in the middle of the ocean even while comfortably seated in an armchair or imagining, leafing through the pages of a book, the state of mind of animals described inside and outside their environment.

ACTIVITY: Which of the proposed quotes comes closest to your idea of the natural environment? Explain it with a tweet to a friend.

Many genres to describe, teach and imagine nature

All literary genres have explored the natural world, each with a different objective and above all by bringing out different emotions. Let us not forget that the immensity of the natural world that we would like to protect, and which we always imagine as friendly, has often also been observed in its terrifying, disturbing or mysterious aspects. Think of the stories of Jules Verne, who imagined parallel worlds in the depths of the oceans and created adventures that mixed an unknown and fascinating original world at the centre of the earth with imaginative technological hypotheses. Jules Verne’s stories allow the reader to delve into places where the imagination can make nature almost an augmented reality and invent further parallel worlds.

And what about the Gothic, which gave a very special and disturbing flavour to nocturnal settings with trees guarding cemeteries, sounds of the woods and foliage as portents of terrifying events and the absence of light as the bearer of emotions of fear and at the same time fascination? Raise your hand if you haven’t shuddered at the thought of all the times in the evening, especially in summer, when you have passed by a small wood or a quiet tree-lined avenue and heard sudden noises that have made you quicken your pace. That’s the beauty of literature, to bring back experienced emotions and to know how to arouse new ones.

There is also a type of story about the environment and its inhabitants that is amusing, cheerful, imaginative, but which aims to teach us to recognise nature, even when it is far from our own, to love it and to make it part of ourselves, even if only through a book. For example, Rudyard Kipling’s animal tales narrate, albeit fictionalised, the behaviour of animals, the environment they live in, and the relationships that exist between the different species (and the conflicts they face). Jack London also narrated, in a more dramatic way, the relationship between animals, their environment but also man, who is often the least respectful of existing reality and the most inclined to exploit it uncritically, without imagining the consequences. In the story of Buck, the dog in Call of the Wild, there is a great lesson in how we too are an integral part of nature and must relate to it and its creatures with great humility.

That makes us feel small but at the same time great supporters of the future of the earth.

All the examples we have mentioned tell us that we can spend a lifetime learning about the planet through the words of writers, poets and essayists.

But our task is to safeguard natural environments so that future generations will continue to read, write and talk about them without using the past tense, but by celebrating the present. 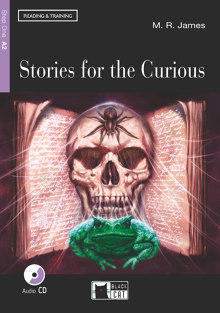 Stories for the Curious 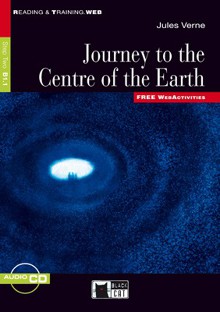 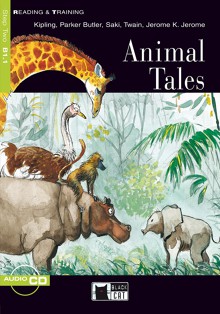