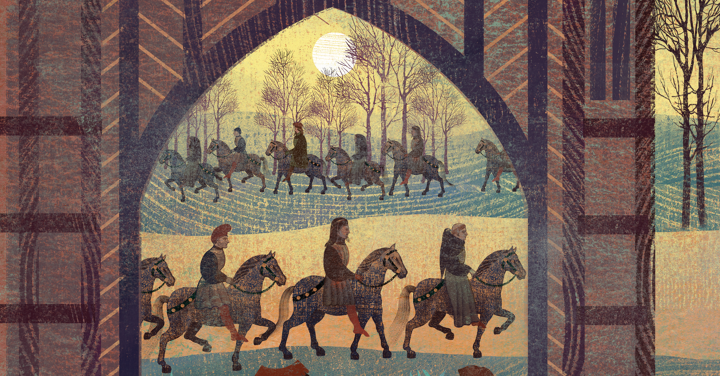 The Middle Age is a period often remembered, among its various aspects, because it was a time of pilgrimages, in which people walked (the richer ones also went on horseback) for hundreds of kilometres.

The purpose was mainly religious: pilgrims went to pay homage to the relics of a saint in the hope of obtaining a grace, or simply to pray. The most important destinations were Rome, Canterbury, Santiago de Compostela in Spain and Jerusalem, the farthest and most difficult to reach.

The chronicles tell that these travels were real adventures, tests of courage for those who decided to take the path. Bumpy and dangerous roads, bands of thieves (or worse) those who attacked the travellers to rob them, little shelter and above all endless kilometres to travel along. Often the pilgrims travelled in groups to defend themselves.

During the long journeys, stories, experiences, reflections were told and exchanged. Travellers generally belonged to different social classes and each pilgrim had a personal purpose for his journey, so each story was precious to listen to and each experience precious as a source of knowledge, in a world where news was a rare commodity and reached their destination very slowly. Different worlds intersected and news spread, one kilometre after the other.

Geoffrey Chaucer, one of the greatest English poets, wrote The Canterbury Tales at the end of the fourteenth century. This narrative poem describes an imaginary journey of a group of pilgrims who meet one spring day in a tavern near London and decide to travel together to Canterbury, an important medieval religious destination, where the remains of Archbishop Thomas Becket were kept. In his work Chaucer succeeds in telling in a lively, ironic and amusing way an entire society, from the fallen nobleman, the knight, the rich lady, the prioress to the pardoner, a rascal dedicated to cheating poor people in the villages by making them believe he was selling the relics of the saints.

Chaucer invented a travel story, but it wasn’t far from the truth, because all those characters, with their stories, their merits, their defects and their hopes are still us, several centuries later. Today the paths are more and more practiced, alone or in company. A good pair of shoes, a backpack and a map are the starting point. Then comes everything else, because long walks are a precious opportunity to discover yourself, to meet many people, make unexpected encounters and share your stories and experiences. And make a journey a classic to tell.

Before the next adventure. 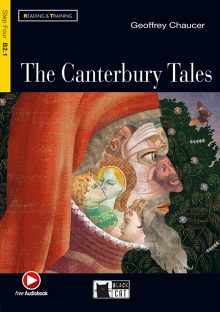