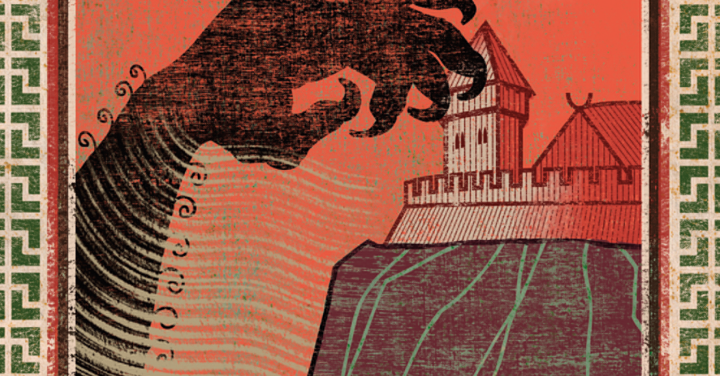 You know the superheroes  with or without a mask? Each one has their own special feature that sets them apart from all the others. Spiderman can jump from dizzying heights with his web. Iron Man, with his complicated hyper-technological steel suit, helps to save the world. Dr Bruce Banner, if he is under too much stress or gets too angry, turns into the Hulk, a mighty fighting monster who will take on anyone or anything, and always attacks head-on. Daredevil, blind after an accident, ‘sees’ dangerous situations in another way and risks everything to carry out seemingly impossible rescue operations. Not to mention Wonder Woman, who arrives in the nick of time to foil crimes and conspiracies.

Superheroes are everywhere in popular culture, from books and comics, to TV series and films, the list is almost endless. Some were born almost ninety years ago, others are more recent (after all, the world is still in trouble and we can never have enough superheroes). Superman has long been one of the most popular, and who could forget Batman and Robin, Susan Storm the invisible woman, or Thor with his hammer? It’s pointless trying to make a list, we’d always forget someone.

ACTIVITY: Which superheroes do you know? Make your own top five and explain the reasons in a short blog

The eternal struggle between Good and Evil

That “super” in front of the “heroes” already says a lot about the rather complicated life of these characters. They are destined to make titanic efforts to save the world  from catastrophes and prevent massacres. They fight against creatures and entities that are just as powerful, if not more so, who are always diabolical forces of evil that act on human weaknesses, and they often have to shield human beings who end up in their clutches.

Superheroes win their battles but they never win the war, because evil is eternal, so their adventures never end. There will always be an ambush coming around the corner, humanity in danger and a perverted mind that is planning crimes. This makes superheroes generally sad characters, aware of their difficult role and that they are not always loved by ordinary people, even those they have saved (let’s never forget how evil can worm its way into our conscience and sow doubts, even in the best people). As a desperate Spider-Man says after yet another battle:

“All these years, I’ve done my best to make up for that! I’ve wore this suit–gone out there and put my life on the line again and again! But no matter how hard I try… people… die!“

After all, this is the destiny of heroes, to bear the burden of responsibility for saving the weak. In a way, Batman and Spider-Man could be considered the great-grandchildren of an illustrious predecessor, Beowulf, the hero of the Anglo-Saxon epic, who fought hard against the monster Grendel to free a people. Then he became king and after fifty years of glorious reign died fighting a dragon, the last act of a hero.

Superheroes are ‘doomed’ to change , whether they like it or not. Sometimes they are the victims of an experiment gone wrong. Sometimes they were created by a mad scientist, escaped and are now being persecuting by him; or they are the ones looking for a cruel creator and trying to eliminate him, while his sick mind keeps throwing enemies with superpowers similar to theirs at them. By day, superheroes are the most normal people in the world: reporters, photographers, lawyers, shy characters who love someone but feel unable to declare their love because they know they can’t say who they really are. Their great qualities also become their condemnation. The change  they undergo every time they act is a painful detachment from their feelings. At the same time, they are aware of the importance of their intervention in the world. Saving the world must come before the love they would like to experience.

In some ways, many of them are part of a large family born a few centuries earlier with the novel that started science fiction and raised many questions about the very meaning of “creation” in the laboratory: Frankenstein: or, The Modern Prometheus, written in 1818 by Mary Shelley , some two hundred and fifty years before Spider-Man began foiling plots.

After days and nights of incredible labour and fatigue, I succeeded in discovering the cause of generation and life; nay, more, I became myself capable of bestowing animation upon lifeless matter.

This enthusiastic – and when you think about it, also rather disturbing – statement comes from Dr Frankenstein, and is the prelude to the incredible scientific experiment that this visionary scientist carries out, which sees the birth of a living and breathing creature; an unhappy creature. The scientist is obsessed with change. He wants the experiment to become the core of scientific knowledge because it means being able to create life itself. He succeeds in making the change, but what he creates is not what he had intended. From his hands comes a “monster”, an ugly creature who opens his eyes and wants to live, love, connect with the people he meets, but instead terrifies everyone and lives in such total and violent isolation that in the end he will be overwhelmed by despair and die, dragging Dr Victor Frankenstein along with him to his end.

It is true that superheroes save the world and their adventures communicate the reassuring feeling to the reader that if there is a danger, there will be someone who will foil it. But they also pose a question that in our times seems almost paradoxical: is change and the desire for things to change and evolve always a good thing, or could the real change sometimes mean being deeply aware of the present and living each moment in its fullness, without always rushing towards ‘the next big thing’?

Choose one of these quotes and imagine a situation in which you are that specific superhero and say that sentence. You can create a dialogue with a classmate, work in groups or prepare an individual oral report to present to your classmates. To complete your work, search the web for the main characteristics of each of these three superheroes and incorporate these traits into your narrative. If you have seen films, TV series or read graphic novels with these characters, you can mention situations that have stuck in your mind or that you particularly liked.